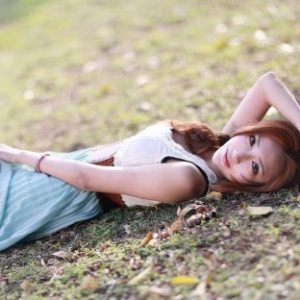 Have you ever been in a “real” relationship with a Thai girl?

I’m not asking, “Have you ever had sex with a Thai girl”.  But a real relationship…

Having a relationship with a Thai girl is not comparable with having a week long “sex vacation” with a random girl.

I am fortunate enough to experience first-hand what it means to be in a real relationship with a Thai girl.  And it has nothing to do with a “girlfriend experience” that’s based on monetary exchange or other material benefits.

During my last stay in Thailand, I met a traditional girl from a good family. She loves to take care about me, the sex with her is amazing, and whenever I look at her I have to thank the modern mass travel phenomenon that allowed me to leave the boring women in my home country behind me and to fall in love in the land of smiles.

I was never a big fan of traditional monogamous relationship constructs. And I’ve always thought that maintaining my lifestyle of traveling all over the world in order to seduce the most beautiful women while being in a relationship was impossible.

Her open-mindedness and her unconditional way of loving me made it possible. It may sound stupid but if you get the impression that everything in our relationship is harmonic, you are absolutely right. We haven’t had any major arguments, and the reason for that is pretty simple.

From the beginning I was willing to learn what it takes to maintain a relationship with a Thai girl. It took some time to learn all the tricks. Now you get the chance to learn the same by investing less than five minutes in reading this article.

The first thing that already determines whether you will have a successful relationship or whether you will fail along the way is your willingness to follow local dating customs. I can’t even tell you how many foreigners I have seen who fucked up their relationships because they behaved in the same way as they would behave with a Western girlfriend.

Thai people have a very different perception of sexuality and dating. Nobody besides bargirls would talk about sex in public. Parents also don’t talk about this stuff, which leads to quite a few unwanted pregnancies.

Even though Thailand is a sex tourism destination, the culture is not sexual at all. What does this mean for your everyday life with a Thai girl?

Is it okay to hold hands in public? Sometimes.

Is it okay to kiss her in public? Hell no. Leave your tongue inside your mouth and you will have a happy relationship.

Is it okay to grab her ass in public? If you want her to feel ashamed and embarrassed…you can do that.

I’ve met a lot of foreigners during my time in Thailand, and quite a few of them had Thai wives or girlfriends. Whenever I had a conversation with one of those guys I was really shocked about how little they knew about the country and the culture.

Maybe one in ten foreigners knew at least a little bit about cultural rules. And about one in a hundred guys could speak basic Thai with their partner. To be honest, if you don’t care about all this stuff you could simply get a bargirl, bang her a few times, and then go to the next one.

If you behave the same way in a relationship, you don’t have to wonder why she has enough of you sooner or later. Just put yourself in her position and you will see what I mean.

If you are really honest to yourself, you may start to question why she is together with you and if she even gives a shit about the relationship. Why should she think different about you?

Another popular way of ruining the relationship with your Thai girl is by living in the illusion that dating a Thai woman will always lead to a perfect relationship and that she will always do what you want. Again, if you want to have a sex slave, you should choose a bargirl instead of a girl who is relationship material.

Just because my girlfriend and I never had a fight doesn’t mean that there won’t come the time when we have a little disagreement. One big mistake that many foreigners make, especially the ones who had very frustrating relationships back home, is to idealize and romanticize Thai girls in a way that is anything but healthy.

Don’t get me wrong. Thai girls are amazing women and I entrust you to date them. But they are not those fairytale angels that will make your life perfect within seconds. They are human beings like you and me.  They have their own opinions and their own beliefs.

All you have to do is to remember that you are dating a human being and not a girl from a fairy tale world.