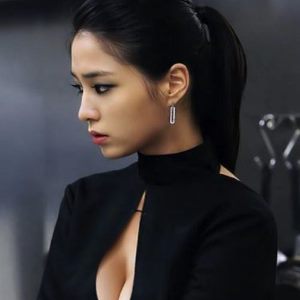 Are you only interested in dating “bar girls” from Isan who can’t read and write? In case you want to date those types of girls exclusively, you should stop reading this article now.

Don’t get me wrong there’s nothing wrong with dating low-class Thai bargirls, but that’s not what this article is about.

However, if you are in Thailand and you’re looking for a girl who is not only extremely good in bed but also educated, beautiful, and who is not a drain on your pocket because she has enough money to provide for herself, you might be interested in what I have to say.

I admit it. I’m addicted to Thai girls with a wealthy family background. The reason for that is simply because it is a bigger challenge to seduce such a girl instead of a bargirl…and I absolutely love to challenge myself.

When I really think about it…

Maybe it isn’t even harder to seduce those girls. Maybe the only reason why there are more foreigners with lower class girls is because they don’t know about the physical and behavioral difference between the high-society girls and the lower-class girls.

How can you choose if you don’t know the difference?

If you are also interested in broadening your dating horizon in the “Land of Smiles”, you should study the characteristics of the girls you want to be dating.

In this article you’re going to learn how to tell the difference between Thai high-society girls and other Thai girls.

Let’s start with the most obvious feature that I can think of, the girl’s English level.

The English level will change dramatically once you are in contact with a girl from the Thai high-society. I know from my own experience that these girls can speak English at a level that allows more than just basic conversation.

Of course, many won’t be able speak on a fluent level, but you can recognize that they invested a lot of time in learning the most important language on the planet. When such a girl likes you, she will be able to express her feelings in a way that exceeds the words “you” and “handsome”.

How are the English skills of the typical uneducated bargirl? Well, the typical sentences that they use are:

“Hey handsome, where you go?”

When you ask a Thai girl where she studied English, she will either say at university or with “friends”. Guess which of the two your hi-so girl learned from…

As I found out over the time, there are several reasons for that. It shouldn’t be a surprise that Thailand, as with other Asian countries, love white skinned Asians. The percentage of people with brown skin that you see on television is under 1%.

This social stigma of brown skin is not only a reason why foreigners are so popular in this country, but it is also an immense motivation for the high-society to keep their bloodline white. I’m serious. Some of the high-society girls I met told me that they would never date a guy with dark skin because their parents would kick them out of the family.

Another reason why high-society girls are usually whiter than low class girls is because of their origin. Most of the poor Thai girls, including bargirls, come from an area called Isan, which is the poorest part of Thailand. The people from this area are usually very dark skinned, at least when you compare them with people from Bangkok.

In addition to that, high-society girls don’t have to work outside and have more money for whitening beauty products.

The Way they Dress

Even though Thailand is one of the major sex tourist hotspots on this planet, it’s a country that has a very conservative culture. You shouldn’t kiss a girl in public (one of the biggest mistakes that foreigners can make), nobody talks about sex, and the girls are usually dressed in a very conservative way.

A seductive bargirl who shows all her tattoos while she only wears a tight tummy shirt and hot pants that show her ass cheeks in public…is in no way a high-society girl.

Not only would a high-society rarely have a tattoo, she would also never walk around in clothes that reveal too much skin. Of course she will wear short trousers and tops…otherwise she couldn’t survive in the heat of Bangkok.

However, a girl who reveals more than half of her body in public is never a true high-so.

The Way They Speak

Have you ever listened to a conversation of your Thai girlfriend and her best friend? The extremely nasal voices in combination with the long-drawn-out words can be quite annoying, at least if you end up dating a girl who speaks like that.

What if I tell you that the way high-society girls speak and the way low-class girls speak is completely different? It should be logical because it is the same in every country. Does a homeless guy from the Bronx speak in the same way as a banker who lives in the Upper East Side?

No, and nor does a bargirl speak in the same way as a college educated girl from a wealthy family. The most distinguishing fact when it comes to the way of speaking is that high society girls don’t speak so loud, don’t stretch the words so much and speak less through their nose.

Talk to girls from both backgrounds and you will hear the difference pretty fast.

There you go gentlemen, a quick guide on how to tell the difference between Thai high-society girls for lower-class girls.