My Thai Girlfriend Was Raped… 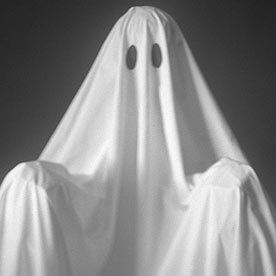 It’s true.  One of my Thai girlfriends was raped.  But it’s not exactly what you think…

The other day I was with one of my girls at a bar on Sukhumvit Soi 11, and we started talking over drinks.  I can’t exactly remember how the conversation drifted to it, but at some point she said to me…

I was a little caught off guard and started coughing on my drink laughing.  Expecting to see the same from her, I looked over and saw a dead serious face looking back at me…

“You think you were raped by a ghost?”  I asked trying to fight back my next laugh.

She says yes and tells me the story about how she was a virgin and sleeping alone.  Then describes in vivid detail how a ghost came into her room and had sex with her.  Then when the ghost left, her bed was so wet!

Okay, so I already know that Thai girls believe in a lot of stupid shit (superstitious nonsense).  But this one surprised me.

I tried to explain to her that it was most likely a “wet dream”.  But she insisted that it was a real ghost and that the same thing happened to her friend.

We eventually did our thing and when she left in the morning, but I was still really curious how widespread this belief of “raping ghosts” really is in the “Land of Smiles”.

After 5 years of living in Thailand I thought I have heard and seen it all.  But this one came out of nowhere.  I don’t think I’ll be forgetting this conversation of a “bunch of raping ghosts flying around in Thailand” any time soon.

Beware virgins of Thailand.  “The Truth is Out There” 🙂

Got to love Thailand!